Aaron Grau is president of Grau & Associates, LLC (G&A) a Pittsburgh based association development and management company and the Association of Professional Pipeline Surveyors (APPS) is one of G&A’s most exciting and successful clients. G&A has worked with APPS since the association’s inception in September 2016. Today, APPS is a strong membership driven organization providing continuing education and training to surveyors across the country.

Before G&A’s Virginia start, Mr. Grau was General Counsel for an Alexandria, Virginia based boutique-lobbying firm. While there Mr. Grau developed extensive experience establishing, managing, and growing trade associations including the National Job Corps Association and the National Organization of Rehabilitation Partners. Given associations’ ability to leverage broad based platforms to impact policy, economics, and business, he maintained his interest and abilities in trade association management through his career in Pittsburgh and today.

Earlier, Mr. Grau was Majority Counsel on the US Senate Health Education, Labor, and Pensions Committee where he developed Senate hearings and negotiated and drafted several pieces of federal legislation. He was part of the Senate team that created the Workforce Investment Act, a bipartisan bill signed into law during a Rose Garden ceremony in August 1998.

Mr. Grau has a BA from Emory University n Atlanta, Georgia and a Juris Doctorate from Mercer University in Macon, Georgia. He is licensed to practice law in Florida, Georgia, the District of Columbia, and the Federal Courts and has been honored by the State of Ohio for his legislative work on behalf of people with disabilities.

Thomas ‘TJ’ Kennedy is a licensed certified public accountant in the state of Virginia and owner of Chesapeake Financial Corporation (CFC). CFC is an accounting firm specializing in taxation, accounting, financial reporting, and management advisory services. TJ founded the company on the ethos of communication, responsiveness, and transparency.

TJ and CFC have specific expertise in working with non-profit organizations; supporting staff, leadership, and boards of directors. In addition to bookkeeping, TJ provides quantitative diagnoses and solutions to APPS’s current and future financial atmosphere.

Prior to establishing his own accounting firm, TJ served in the United States Navy, working at the Department of State, and on Capitol Hill. He earned his MBA from James Madison University.

Tim has presented regionally and nationally on topics surrounding social media, marketing, and branding, and has worked with some of the country’s top brands throughout his career. As a strategist, he applies qualitative and quantitative data to develop recommendations, action plans, and comprehensive blueprints, focusing on impact and investment. As a creative, Tim builds the tools for implementation, incorporating methodic principles of design and psychology.

With a career spanning sales, marketing, strategy, nonprofit administration, communications, and entrepreneurship, Tim has a complete perspective on economic development through a marketing and communications lens. As the former Director of Marketing for the Pittsburgh Technology Council, he provided the foresight and direction to enhance the electronic marketing efforts of the PTC, while creating the organization’s social media campaigns and strategy from scratch.

Tim’s proven leadership practices and campaigns are still the skeleton of current efforts of the organization, which were recognized by ASAE, receiving the Gold Circle Award for electronic communications. He also received the BSA President’s Award for Marketing for a strategic regional marketing campaign targeted at youth programs.

In addition to Tim’s marketing and communications experience, he also has extensive experience in grant writing, aligning funding opportunities with client needs and orchestrating millions of dollars in successful grant proposals for organizations.

George has over 17 years of experience and has worked in both the public and private sectors.

With a reputation of bipartisanship and diligent service, George was elected in 2009 by his peers to serve as President of the House Chiefs of Staff Association—a bipartisan association of almost 500 current chiefs of staff and committee staff directors. George held the position for three years, becoming the longest serving president in the association’s 36-year history.

Prior to working for Congressman Dent, George spent five years as Director, Federal Government Affairs for the American Financial Services Association (AFSA), a national trade association representing the consumer credit and finance industry, and on the staff of former Senator Rick Santorum (R-PA).

Keith has over 16 years of experience and has worked in both the public and private sectors. He provides APPS with government relations expertise, including advice and support on a wide range of legislative and regulatory issues.

Keith served as Director of Environment & Energy Programs for the American Council of Engineering Companies (ACEC), leading the private engineering industry’s pursuit on Capitol Hill and within the Administration of robust and innovative water infrastructure funding and an “all of the above” energy strategy. During negotiations and passage of the Water Resources & Reform Development Act of 2014 (WRRDA), Keith won the inclusion of Qualifications-Based Selection (QBS) for the first time in the Clean Water Act State Revolving Fund (CWSRF), as well as engineering contracting-out language and levee liability protections.

From 2000-2012, Keith served on the staff of Congressman Tim Holden (D-PA), with the final seven years as Legislative Director. In this position, he advised the Congressman in all legislative areas, assisted in the development of policy positions and legislative initiatives, and managed and supervised the Congressman’s legislative staff. Working for a Democrat in a majority-Republican district, Keith forged relationships in both parties to advance Congressman Holden’s efforts to best represent his constituents’ interests. Keith holds a Master of Arts in Public Management from Johns Hopkins University and a Bachelor of Arts in Political Science from American University in Washington, D.C. 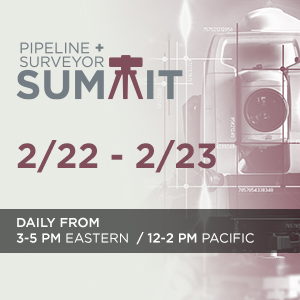